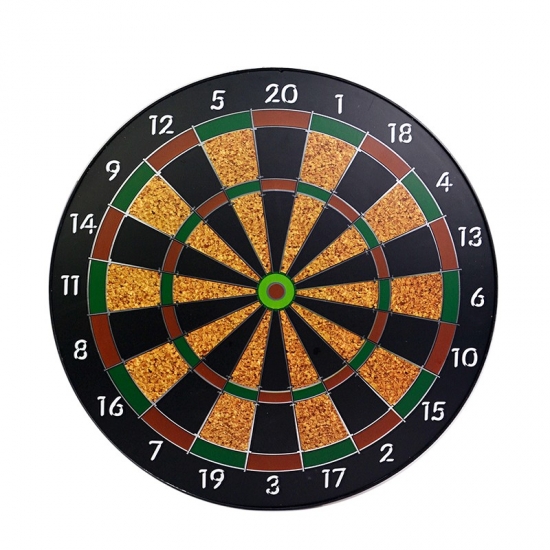 Darts emerged in England in the fifteenth century, and in the early twentieth century, it became a must-have activity for people to relax in bars. It wasn’t until the 1930s that darts became more professional, when professional associations, professional competitions and professional players emerged.

Able to keep the darts always flying accurately to achieve the best dart game experience, and you will not drop the target.The perfect gift for children is also a popular birthday or Christmas gift for teenagers.These darts replace the sharp tip with a magnetic tip, thus making them safe for young players.It is very suitable for offices, parties, families, community centers, sports and leisure, game rooms, male caves, indoor and outdoor games, to maintain hands-on coordination, improve coordination and promote sportsmanship.

The sport of darts has a long history and there are several different versions of it.

The first theory is that the soldiers of the ancient Roman legionaries were sent to the British Isles by the Roman emperor, and the British climate is very rainy and not suitable for them to interact outdoors for a long time. So they threw arrows at targets made of cross-sections of trees in a wooden shed, which gradually developed into a modern sport of darts

The second theory is that the sport of darts evolved from the throwing weapons used by British archers in close quarters combat.

The third theory is that it is said that King Henry VII of England was relatively weak, and considering the danger and hardship of hunting,decided not to hunt, and made a short-handled dart gun, and then threw it at the cross section of the tree to achieve the purpose of fitness. Soon after, the palace ministers also fell in love with this sport, and then it gradually spread to the people, and evolved into a modern dart game through history.