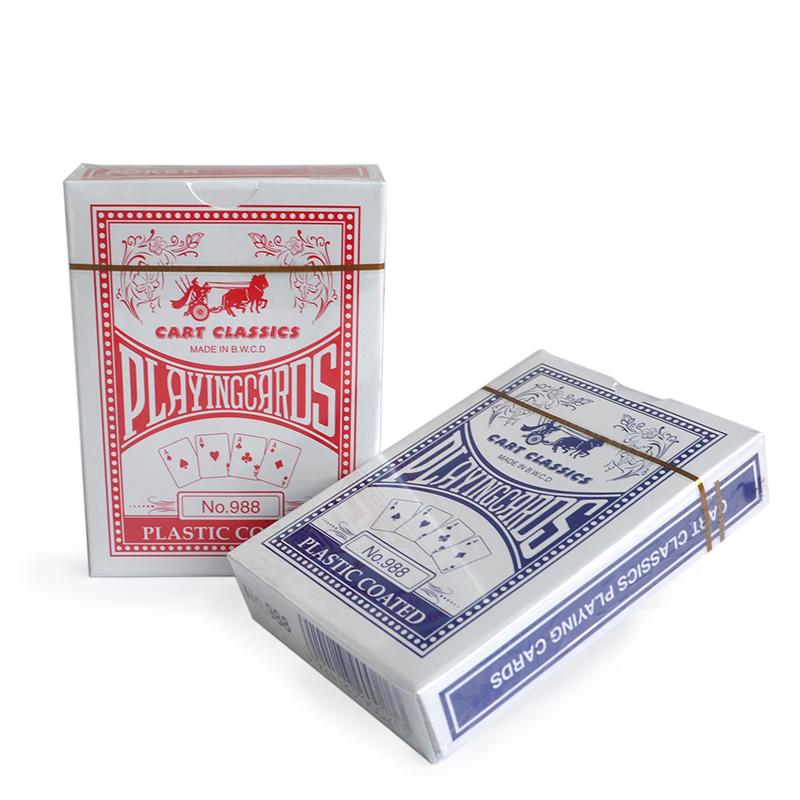 This plastic playing card has a smooth surface and feel, waterproof, washable and anti-curling. The size is 65mm*92mm, which is slightly larger than ordinary standard poker. It is a relatively large size and can be easily shuffled and cut. It is very suitable for high-quality and cost-effective users who are just starting to learn the game or who do not need other brands of plastic playing cards. A deck of 54 playing cards and 4 wild cards comes in a colorful protective case. There are 10 styles in total, each of which is fashionable and colorful.

In the early days, the number of poker cards varied from country to country. Italy had 78 cards, Germany had 32 cards, Spain had 40 cards, and France had 52 cards. The international poker is based on the number of French poker cards plus the big and small ghosts, a total of 54 cards. Later, according to the calendar in astronomy, Westerners unified the content, suit and fixed number of playing cards.